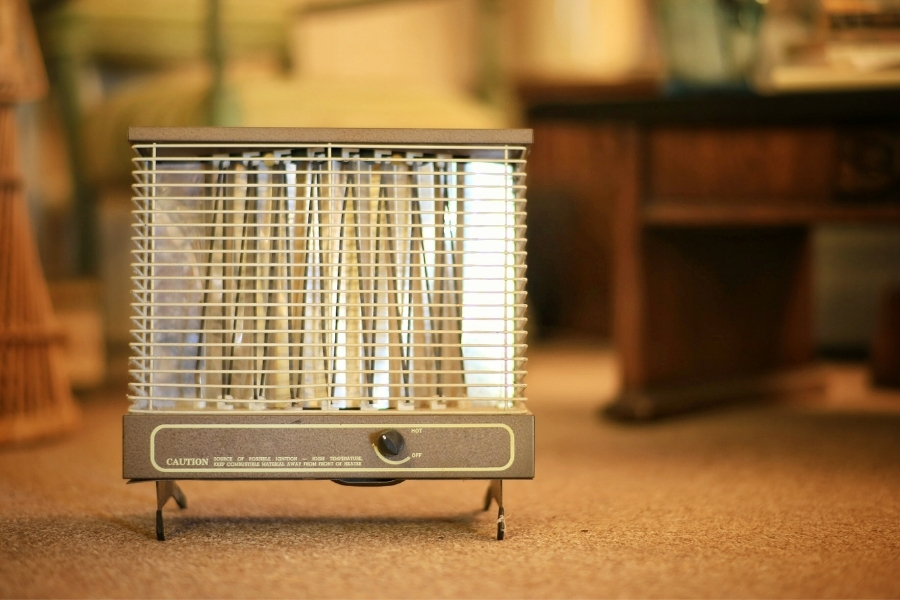 Safety Tips For Your Space Heater

Heating has been a concept since the times of early mankind. Nobody knows when mankind was able to manufacture fire, but when they did, it was a means of comfort. But unlike the early man, we now also have to ensure safety when fire or heating living spaces are concerned. In this article, we will discuss safety tips for your space heater.

Shop, contrast, and save money with a group of insurance specialists. Start Getting A Quote NOW!

Mankind discovered fire and eventually used it for the safety of homes. Inside people’s homes, the fire cultivates and the smoke from it comes out of a hole in the roof of the house. This would be the first instance of something resembling the modern-day chimney.

The fireplace would appear in the 8th century and in later centuries would be widespread in Europe. Like fireplaces, stoves made their first appearance in the 800s as devices made out of bricks. Stoves used for masonry would become common in the northern area of Europe in the 15th century.

These stoves are Russian or Swedish stoves. They are large in size. They decorate later iterations of these stoves ornately, sometimes even having tile coverings. Metal stoves made their first appearance during the 14th century. These metal stoves have cast iron hearth firebacks that they connect. In the centuries leading up to the current one, steam is for heating.

William Cook first proposed it in England in 1745. Years later, pioneers of the steam engine Matthew Boulton and James Watt would have steam heating in their own homes. Though steam heating was a success in England, other European countries were hesitant to employ this new form of heating.

In the 18th century, one man would pioneer residential steam heating systems in the United States. His name was Stephen Gold, a stove maker from Connecticut. He has a U.S. patent for “Improvement in warming houses by steam” in 1854.

In 1885, Johnson patented a thermostat, which to operate the steam valves, compressed air would be employed. He went on to establish the Johnson Electric Service Co. which manufactures and installs the system that he created. He would invent the humidistat in 1905. This device could control the humidity inside a building.

Call or text us now to have a quote!

In the era of World War 1, people tend the heating in most homes. All that changed in 1912, when the first electric coal stoker that could be controlled by a thermostat was placed on the market. In the 1920s many manufacturers would release automatic coal systems.

Society ridicules gas heating when one Frederic Albert Winslow proposes that they could use gas along with lighting. It would be in 1880 when attempts at gas heating would be inspired by the gas utility companies since their revenue was threatened by electric lighting.

Heating has a long and convoluted history. To fully grasp its intricacy, one would need a book. But to sum up, we already stated everything so far, heating’s history stretches as far as early man with the creation of the fire. It persists up to this day to provide comfort to us in the form of the space heater.

As with everything else, one must be careful when using a space heater. We should consider many factors of the space heater to ensure safety.

Space heaters are devices that warm up a specific amount of space in one’s home. Many households employ these devices during the harshly cold months of the winter season. Just like with any other device, one must be careful when using a space heater. According to the National Fire Protection Association (NFPA), we have an estimated 20,000 residential fires per year that have space heaters. One must first understand more about space heaters before acquiring one to ensure one’s safety.

In this modern era of technology, electricity power space heaters. These are over those that employ the use of propane and kerosene. Electric space heaters are also more generally safe than their fuel-based counterparts. When picking out a unit to buy, make sure that it is first and foremost listed or labeled by a nationally recognized testing laboratory. These include the likes of Underwriters Laboratories (UL), Canadian Standards Association (CSA), or Intertek (ETL). These guarantees that the space heater’s performance and construction meet the voluntary safety standards. The buyer must also look for specific safety features that shut down the unit during certain circumstances. These may include the likes of overheating, touch sensors (if the grill is touched), oxygen depletion sensors, and the tip-over switch. One must bear these in mind factors before purchasing one very own space heater.

Before setting up your space heater, keep in mind that it should be at least 36 inches or 3 feet (91.44 centimeters or 0.9144 meters) and should be kept away from any materials that are flammable or combustible. The space heater must be placed on the floor unless specifically stated otherwise. Areas, where a space heater is to be placed, must be devoid of any flammable liquids. One must not place space heaters onto surfaces that may easily get caught on fire such as rugs and carpets. Space heaters should also not be placed near clothes, lest end up like Gina or Charles from Brooklyn Nine-Nine.

If everyone is using a space heater that relies on fuel in an enclosed area, opening a window or door to allow the fresh air to enter would be sensible. Doing this will help prevent the buildup of carbon monoxide (CO) or the depletion of oxygen. Never use a space heater that requires fuel to function inside a space without ventilation as the effects may be deadly. Space heaters that require fuel to function were manufactured after 1983 and were unvented. This means that they must be equipped with an oxygen depletion sensor or ODS. The ODS will immediately power down the space heater if it detects a decreased level of oxygen in the area where the space heater is being used. For those space heaters that use natural gas or propane, here are some safety tips that must be followed.

8 Safety Tips For Your Space Heater

Ensure the safety of your business or home by purchasing smoke and carbon monoxide detectors. To ensure the safety of your business or home during the winter season, make sure to take the time to check the functionality of your smoke or carbon monoxide detectors. A smoke detector aids your life since it detects the smoke from a fire and issues an alarm that alerts you and your family or coworkers to flee the premises and get out safely. A carbon monoxide detector helps you save your life since it detects a gas that may end up poisoning you. Have your detectors tested every month or whenever you change their batteries to make sure that they work properly. Safety should always be the number one priority.

Contact us here at Team AIS in Denver, CO if you have any questions!

← Gas Grill Fire Home Generators: 10 Reasons Why You Should Get One →