How Does Uninsured/Underinsured Motorist Coverage Work? 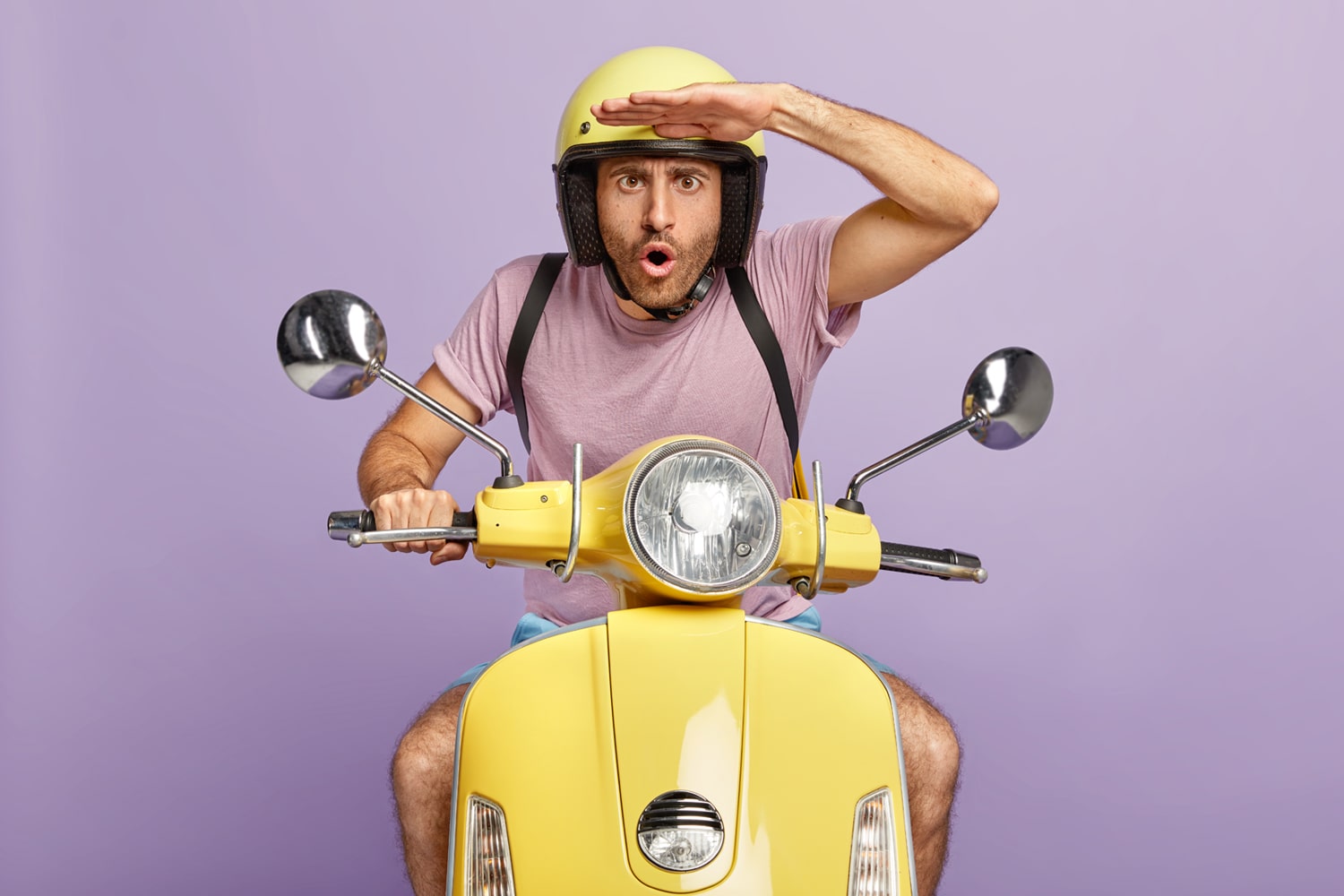 Did you know? There are about 227.5 million licensed drivers in the US as of 2018 according to statista.com. According to a study done by the Insurance Research Council in 2017, one (1) out of eight (8) drivers is uninsured. With that many drivers that you encounter on the road, can you tell which ones have insurance? That’s impossible unless you crash against that person’s vehicle, which may be the last thing that you would want to do.

With the variables present on the road, it would put you in a bad situation if the other driver is uninsured. There are cases that the at-fault driver’s liability insurance is insufficient. Uninsured/underinsured motorist coverage isn’t mandatory in Denver, Colorado. The state is among the top 10 in the nation for having uninsured drivers. What if you get in an accident with one? Having a backup in case you encounter this situation is a must. Ask your insurer about uninsured/underinsured motorist coverage to understand more about this coverage.

Are there differences between uninsured and underinsured motorist coverage?

When you are asking about insurance policies, you will come across the term uninsured/underinsured motorist coverage. You might be wondering why there is a “slash” (/) between the words uninsured and underinsured. Is it because they both mean the same? The answer is no. Why is that? Actually, the two have a certain difference from one another.

In general, they come together. Your insurer will introduce them to you as one. They will say that it will help pay in case the at-fault driver’s insurance is not sufficient to cover the damages. It will also pay in case he doesn’t have insurance at all. Understanding the difference between the two is very important.

What is Uninsured Motorist Coverage?

The term “uninsured” answers the question. For instance, you are on the road and you reached an intersection. The next thing that happened is that the car behind you failed to notice that you stepped on the brake. The other driver hit the rear end of your car. When you went outside, you found out that it got damaged. Unfortunately, the one that hit you is someone who doesn’t have insurance.

The wisest thing to do is to call the police and take photos of the scene as evidence. In almost every state, driving around uninsured is illegal. However, it being illegal doesn’t mean no one would dare do it. What will happen to your car? If you want to get it repaired, then you will have to pay out of pocket. To prevent that, you may consider this coverage that will help you in times like this.

As the words “property damage” imply, this coverage helps pay for the damages made to properties, and that includes your car. It also works in some states if you are a hit-and-run victim. However, in certain states, the hit-and-run driver must be identified for it to kick in.

You might ask if UMPD is the same as collision insurance. Collision insurance gives a payout if your car gets damaged in a collision. They’re practically the same thing as they pay for the damages made to the vehicle. However, they are different in one area. They differ in deductibles.

Deductibles are a set amount of money that you will pay out of pocket. For example, your car repairs cost $2,000. You have a deductible of $500. You will receive $1500 as a payout from your insurance. The deductible that you will have to pay in collision insurance is higher than the one for uninsured motorist property damage coverage.

If you sustain injuries together with your passengers, uninsured motorist bodily injury will pay. UMBI will reimburse you for your medical expenses. Other than medical fees, it will also pay for funeral expenses, loss of income, and pain and suffering. The question is, why would you need it if you have med pay coverage or personal injury protection?

Medical payments coverage (med pay) is literally for reimbursement of medical payments. Personal injury protection is for the same purpose. Although you can make a claim in these two aside from UMBI, it is still worth it to purchase. Uninsured motorist bodily injury may help cover you for your pain and suffering.

What is Underinsured Motorist Coverage?

Here’s a real-life example. You are on the road again moving on the same route. When you stepped on the brake because of the intersection, you heard a banging sound from the rear end of your car. It turns out that the same driver hit you again. Since the other driver suffered from a penalty due to driving around uninsured, they finally purchased insurance. The problem now is that they only got the bare minimum of liability insurance.

What comes into your mind upon hearing the term “under”? In a literal sense, under means below. If you combine it with another word such as “under + insured”, it will mean below or short of some quantity. The word “underinsured” implies that the insurance of the at-fault driver is inadequate to cover the damages made to the victim. Like uninsured motorist coverage, it also covers property damage and bodily injuries.

For example, the policy limit of the at-fault driver is $70,000. Unfortunately, it would take $100,000 to pay the damages. The underinsured motorist coverage will compensate for the difference. You can claim the remaining amount up to your policy’s limits. Even so, you cannot ask for more than the actual amount that you will need.

How Does Uninsured/Underinsured Motorist Coverage Work?

Now that you are aware of what uninsured/underinsured motorist coverage entails, it is time to know how it works. Is it to simply call your insurer like “Hey, give me some money. The at-fault driver doesn’t have enough insurance.”? It is definitely more than that. Though the process may vary depending on the state, below is a step by step process on how the coverage typically kicks in.

Filing a claim is not as easy as it seems, though your insurer will surely guide you. However, there are some things to get ready for. One of the concerns that you need to pay attention to is how to prove the claim. Whether your insurance company will give you a payout or not depends on its validity.

Remember that when filing a claim, it takes time to investigate, to process, and to settle. Looking into the matter requires a detailed observation. They will ask you to provide proof and your insurer will also cooperate with you. Below are things that you need to prepare and what to expect.

What you need to prepare

You need to prepare evidence. Everything that comes from your mouth will be rendered invalid if you cannot provide evidence. That’s why to prove your claim, you should provide things that would support it. Gathering proof is an easy thing if you know what to do.

When you get into an accident, it is important to take pictures, if you can. Of course, if you received severe injuries, then maybe that is not possible. In replacement of that, you can also take pictures of your injuries after it is treated. Proofs also exist in other forms such as medical records, bills, statements, etc. However, do keep in mind that being truthful is a virtue.

What you need to remember

Aside from providing evidence, working with your insurer is also essential. Communication is the key. By cooperating with your insurer, it would help speed up the process and you may receive your reimbursement sooner. This is also a way to validate your claim. You will also have a grasp on the progress of your claim.

What is stacking and how to do it?

When you stack your coverage limits, the amount that you can receive increases significantly. A coverage limit, otherwise known as a policy limit, is the maximum amount that your insurance provider will reimburse you, according to terms and conditions. Simply put, stacking makes your protection increase.

Some states do not allow stacking. Nevertheless, here’s a rundown on how to stack your coverage limits if it is allowed in yours. Say you own two cars and got them insured in the same policy. You have a $10,000 coverage limit on uninsured motorist coverage bodily injury (UMBI) on each car. It can be stacked to make it $20,000 per accident. It means you can receive $20,000 as reimbursement.

Why Do I Need Uninsured/Underinsured Motorist Coverage?

Although it is required in some states, it is additional coverage on a standard policy. The good thing is that it’s not expensive. Be it mandatory or not, having a backup is always the right thing to do. Yes, you can rest assured that you are covered by other coverages in your policy. Even so, who can tell what will happen in the future?

One thing to consider is the possible expenses that shall be paid after an accident. You can’t count on lady luck that the damages will be minor. What if the accident is serious and deals you severe damages? That’s why uninsured/underinsured motorist coverage is worth carrying. It is not costly and it will come in handy.

Surely, some of you may think that uninsured/underinsured motorist coverage isn’t worth purchasing. With life being unpredictable, it is worth it. In practical thinking, getting covered by this coverage will protect you from unprotected drivers. In one out of eight cars on the road sits an uninsured driver. The thing is you can never tell if that one crashes with yours.

Uninsured/underinsured motorist coverage is relatively not pricey. We, at Advantage Insurance Solutions, can give you the best insurance quotes that you need. Ask us your queries and we will gladly assist you. Call us today!