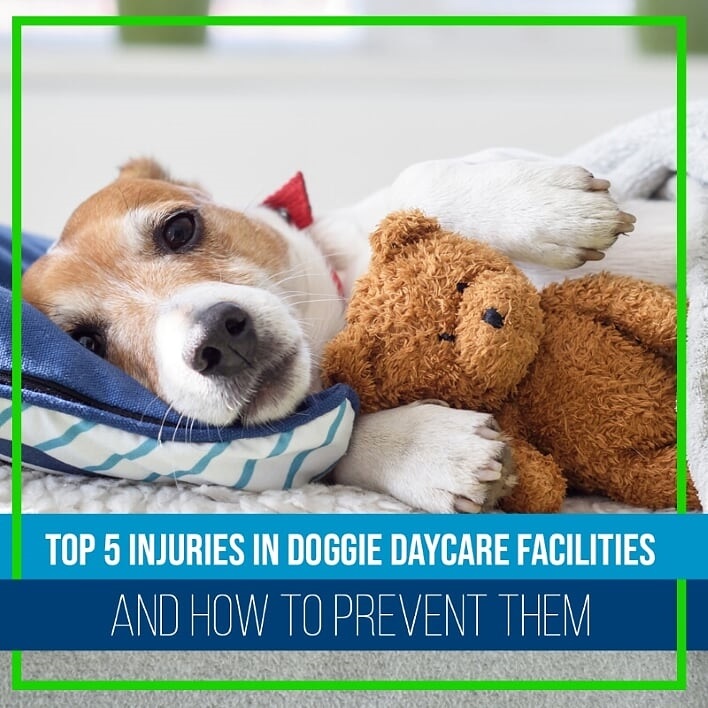 A Doggie Daycare is every pet owner’s best option to keep their pets safe while they are away.  However, injuries and accidents happen anytime. As they say, animals are still animals. They still have that instinct and characteristic that we cannot take away no matter how domesticated they are.  That said, here are the top 5 Injuries that occur in many doggy daycares:

Now that we know about these instances, how do we prevent them from happening? Here are a few tips:

There should be adequate room indoor and outdoor for the dogs to play. Not all breeds can get along well. Some dogs are under-socialized and being around with other dogs makes them uncomfortable. So if they put that dog together with aggressive dogs,  that will be chaotic. Being said, having enough room is essential for the safety of the dogs.

Having a high fence and secured gates to ensure that the Dogs cannot run outside is also a must.

There is an incident wherein a staff forgot to close the gate. The dog then ran outside the street and a passing car hit the dog. Things that can be prevented if there are enough precautions.

Separate cages for big and small dogs.  This is one of the main causes of a brawl inside a Doggie Daycare. There is a case in Massachusetts way back 2009, a Shih-Tsu was mauled to death by a group of larger dogs at daycare. Another case in Hawaii year 2014, a Chihuahua was ripped to pieces by a Labrador.  An investigation was made and turned out that the Labrador has some little stuffed toys inside the cage and it seems that the larger dog thought that the Chihuahua was one of the toys. Some daycares are maximizing their rooms or simply just trying to get more clients by trying to fit in too many dogs inside that they forgot the possibility of the inevitable brawl.

There are lots of incidents that happened due to inadequate knowledge of the staff. Being knowledgeable is vital in taking care of different kinds/breeds of dogs more than we think.

Most Daycare doesn’t require the staff to have proper training nor experience before they hire them, which leads to many problems. For instance, two dogs are being playful, an untrained staff may think that everything is going well until the two dogs suddenly fight. Someone who undergone proper training can understand dog behavior. How to determine wheater they are happy, anxious or angry.

Lack of staff is also a big deal. When an incident happened inside a daycare, the first question is: “How did it happen?” The very reason why the owners put their pets in daycare is to have someone to look after their pets.  Unfortunately, most investigations about these cases of accidents inside a daycare found out that there is no staff attending the pets while the incident happens or It always took them a while before someone actually make an action to stop the commotion.

Scratches, wounds, and injuries are not just caused by conflicts with other animals.  Some are also from untidy surroundings. Like a little piece of worn metal on the gates that can scratch the pet’s skin. That happens most of the time in a crowded daycare.  Where they cannot control and monitor every pet. And ended having a call from the owner after they fetch their dog that they notice some scratch. In most cases, the daycare owner will watch the CCTV footage and they always state that there was no commotion happened at all.

Being organized is one of the best things that daycare can do to prevent incidents.  Some

Daycare has regulations that help them in controlling incidents in their facility.  Before they receive a pet, they will check first any scratch, wounds or suspicious thing that they can see. They will take pictures of those then send it to the owner’s email for documentation and transparency.  And before the owner fetches their pet, they will do the same inspection just to make sure that there are no additional wounds or scratches.