What Is The Purpose of Having an Independent Insurance Agent? 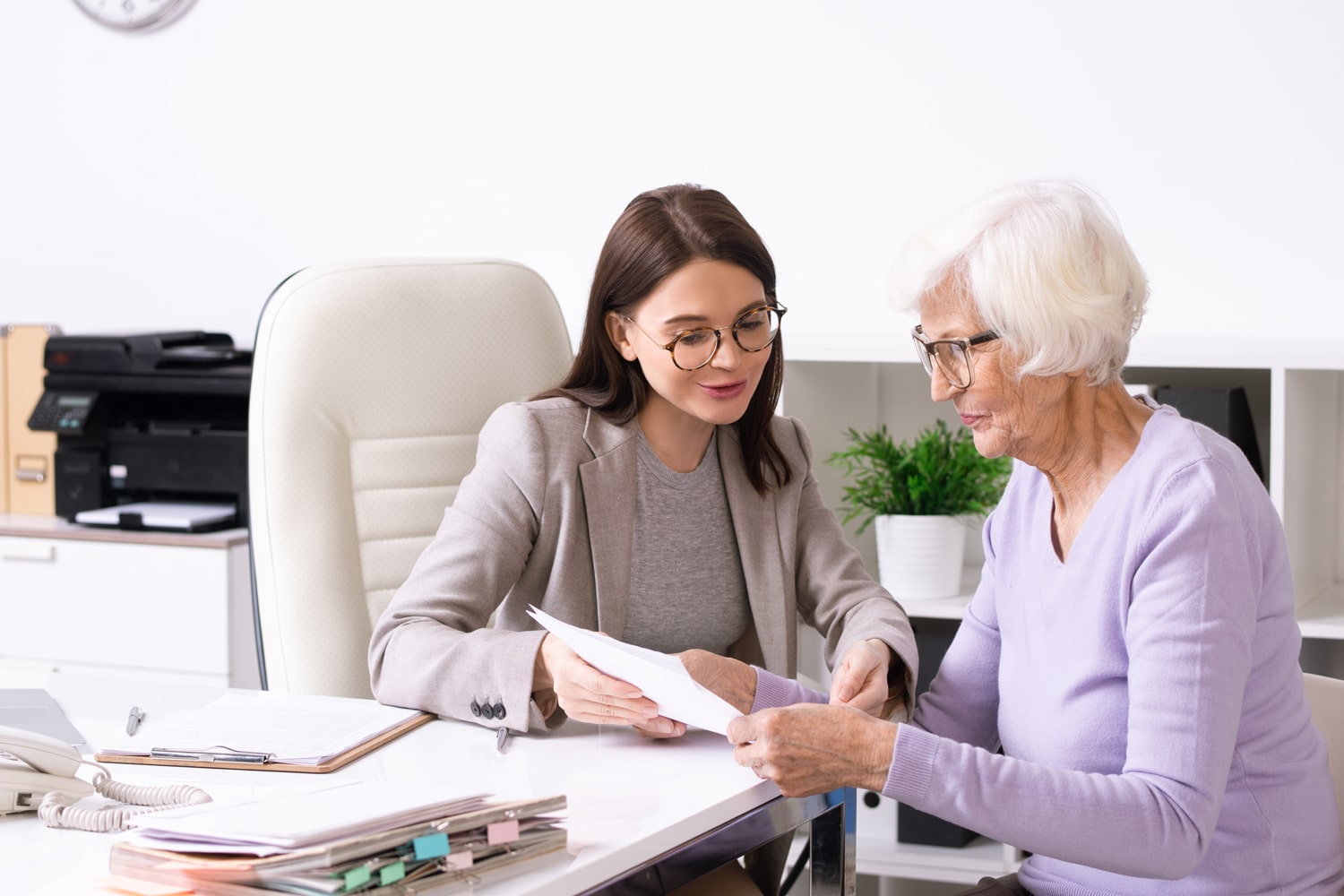 Enrico is in the insurance industry working as an independent agent. His experience goes back at least twelve years when he was still an exclusive or captive agent for one of the more prominent life insurance agencies. He has gained several good friends while working for the industry he loves, an industry that has provided for his wife Susie and two children Miguel and Maria; not to mention the mortgage payments for his 2,350 square foot Santa Monica home and the monthly amortization for his eight-month-old Honda Pilot that came with full options and genuine leather seat covers.

Joseph is an invalid at 53 years old. He lost most muscular functions on the right side of his body when he suffered a stroke a few years back. If not for the quick response of EMTs, he would not have made it alive. After surviving the scare and with money that came in from several insurance policies, he managed to keep a semblance of the comfortable lifestyle he, his wife Marie, and daughter Katie were accustomed to. On the side, he also afforded an electric scooter and a customized van that has a remote-controlled ramp for his scooter. He was also able to retrofit his house so he can pretty much get to any spot by himself.

Enrico Perez and Joseph Sanders are close friends. Not too long ago, they met through a common friend because of insurance. The former, a seasoned insurance agent, while the latter was in need of insurance coverage with the intention of securing his family’s future. After closing the deal, with a handshake agreement to look out for each other professionally, they discovered that they have other things in common, like the love for baseball. They immediately hit it off as friends.

At his present state, Mr. Sanders owes a lot to Mr. Perez – who, after deciding to take advantage of an opportunity to represent more than one insurance company and make that jump from a captive to an independent agent, convinced Joseph to invest in two other insurance companies that he represents. Of course, on top of the first coverage, they secured from Enrico’s initial agency. If not for that fact, there would have been barely enough insurance money to cover all hospital expenses and the therapy sessions that would come after.

In insurance jargon, Joseph, with the help of Enrico, managed to ‘spread his eggs in more than one basket’. This means having insurance protection from several providers that are independent of each other. This acts as a hedge or an added safeguard for the insured in the event of a lackluster financial performance of one company, or worse, in the unlikely event of its financial collapse or bankruptcy.

An insurance agent is a licensed professional. Now, this already sets a clear delineation from a typical sales agent. Insurance agents are well educated and well trained in various aspects of the insurance markets and more importantly, governing laws and regulations. They are in the best position to help someone understand, identify, and determine what are his or her needs when it comes to insurance and the best solutions available.

Insurance and financial products may be mentioned in the same breath and are very diverse and may vary from life, health, disability, long term care, annuity, mutual funds, property, and casualty insurance. An agent’s primary function is to help determine a client’s insurable interest or the equivalent financial value that may be jeopardized should an insured suddenly loses the ability to earn a living. The end should be to determine a mutually agreeable solution or insurance product that would address the possible financial void caused by the aforementioned misfortune, should it indeed occur.

An agent could be one employed with a particular company, enjoying a regular salary, incentives, perks, and commissions for every sale made or deal closed. This, by all intents and purposes, is a captive agent. Another type of agent is one who represents more than one company or agency and is typically earning just commissions and or incentives, as the agent is not an employee. He or she is an independent agent.

The Independent Insurance Agents & Brokers of America (IIABA) estimates that, to date, there are some 7,100 independent agents representing around 43 insurance agencies in the US. They have been around since the late 1800s, therefore, having them around as an option is nothing new in the insurance industry.

What are the Pros and Cons?

Being a captive agent, allows one to harness all information on new products and tweaks at a timely and prompt manner, of course, an independent agent may also stumble upon such data, but definitely, the captive one gets to it earlier, or while it’s hot from the oven, so to speak. Another advantage is being able to provide a client with cheaper rates with a multi-policy discount if he or she is to pursue more than one insurance coverage. Typically, there is no policy fee charged if the deal is closed with a captive agent.

An independent agent, on the other hand, has these edges to offer: first, a client has several options from several companies offering a fairly similar financial product or coverage. This means that a client gets to choose a cheaper alternative or one that has extra perks or features attached to the product. Another advantage could be that an independent agent acts as a one-stop-shop for all the client’s insurance needs, be it life, health, property, or casualty. Not to mention that independent agents are just around the corner and can be found in any neighborhood.

One other edge is a prospective client gets to save a lot of time shopping for the right coverage as he or she needs to sit down and give out information just one time. This process, called KYC or ‘know your client’, is a must for an agent in determining the right product match for the particular requirement presented.

Should I go Independent or Captive?

Well, regardless of whether independent or captive, there should always be a measure of diligence in choosing a business partner, not just in securing insurance but in most aspects entailing some sort of financial engagement. One has to look beyond the smart suit, sparkling smile, and verbal eloquence.

In today’s modern world entangled in the world wide web, there are social media sites that can be used to garner information about an agent. Sometimes it’s just a matter of ‘Googling’ a candidate. We can also go less tech-savvy and simply ask around for referrals from family, friends, or community leaders.

Once we have a shortlist, it’s wise to get to know the prospect agent through a face to face meeting, where his experience, credentials, and recommendations can be discussed. The key simply is to take cues between the lines and listen beyond the verbose sales pitch in answering the following questions:

Can I trust this person with my hard-earned money to deliver the intended end result? Is he or she capable and knowledgeable enough to come up with the optimal solution for my needs and requirements? Can he or she be reliable and dependable enough to see me through a professional relationship that could well last decades?

Let’s face it. There will always be two kinds of professionals. One whose main driver is money and who will definitely go all out to get it, by all means, necessary, making every other concern a second priority. And the other one whose motivating factor is passion and genuine love for what he or she does. In the insurance industry, it is best to hook up with the second kind. There are options and there will be countless other options when it comes to meeting the desired financial objective, but it is in these times where we hope to be represented by an agent that looks out for the genuine welfare of the client regardless of the financial gain to him or her.

As he rolled up the stage ramp with Marie to pin the medal on Katie, he glimpsed at his good friend Enrico smiling at him and sitting amongst the auditorium audience. In his mind, he could not thank him enough for looking up after him. Yes, the road to his physical recovery is a long winding road ahead, but with people like Enrico around, it will be just a walk in the park.

Names, characters, businesses, places, events, locales, and incidents mentioned herein are the products of the author’s imagination or used in a fictitious manner. Any resemblance to actual persons, living or dead, or actual events is purely coincidental.

Advantage Insurance Solutions is here for you. Contact us today and we’ll help you find the best insurance for you!

← Is There Really A Life Insurance Gender Gap? High-Value Home Insurance: Does Your Home Qualify? →